Pastor and author Erwin McManus calls Noah “deep and thoughtful.” Author Gabe Lyons calls it “a great, great film” and says it “does this epic story justice.” At the same time, the film is directed by a well-known atheist. Will it help or hurt the cause of Christ ?

Noah is one of the most difficult movies to assess I’ve ever seen. What follows is my review, followed by biblical commentary on the true life and significance of Noah. If you choose to see the movie, it would be a good idea first to review what Scripture actually says about this remarkable man.

I attended Noah on Thursday evening with two expectations:

First, I anticipated a movie that took some artistic license with Scripture but nonetheless provides believers with a great chance to engage the culture. Michelangelo’s paintings in the Sistine Chapel take interpretive license with biblical events, but his depictions move me deeply every time I visit. Leonardo da Vinci’s The Last Supper is a haunting portrait of Jesus’ final meal before his crucifixion, even though its artistic setting is far more Renaissance European than first-century Palestinian. I am typically as positive toward popular culture as I can be without compromising the truth of Scripture or character of God. I expected to be the same with Noah.

Second, I envisioned a movie I could invite non-believers to see, then talk with them about the grace that is central to the biblical Noah’s life and story. I expected some inconsistencies with Scripture, but assumed they would not create barriers to the gospel. I was surprised on both counts. My bottom line: Noah is a work of fiction. Except for the character of Noah and the fact that there’s a flood and an ark, little else in the movie is consistent with the biblical narrative. And the God depicted for most of the movie is far from the God of the Bible.

(Spoiler alert: From this point forward, I will have to describe the plot in order to assess it biblically.)

But here’s what bothers me most: the God depicted in most of the movie is not a deity a nonbeliever would want to know better. He chooses to spare only Noah and his family, giving no one else an opportunity to board the ark and be saved. However, the Bible calls Noah a “preacher of righteousness” (2 Peter 2:5). Most theologians believe that he spent the 100 years it took to build the ark preaching to the people and warning them to repent before it was too late. We see none of this preaching or compassion in the movie.

Scripture teaches that God “desires all people to be saved” (1 Timothy 2:4) and is “not willing that any should perish, but that all should reach repentance” (2 Peter 3:9). However, in the movie, Noah is convinced that all of humanity must perish lest they spoil creation again. Even his family must eventually die, so that the race will end.

To his shock, Shem’s wife becomes pregnant. So Noah believes that God has instructed him to kill the baby if it is a girl, lest it propagate the human race. After she gives birth to twin girls, Noah lifts his dagger to kill them, but tells God he cannot. He believes that he has failed God’s command. Of course, none of this is in Scripture. Shem’s wife does not have twin girls on the ark, and Noah is nowhere commanded by God to kill babies.

Then, in a plot twist near the movie’s end, his daughter-in-law suggests that God actually left the decision with Noah: he could choose life or death, goodness or evil. He chose good, and life goes on. Noah comes to believe that this is so, and God sends the rainbow that ends the movie.

In my opinion, there are three ways to interpret Noah. Here’s the most positive: the film is a fictional story centered on a resolute figure who seeks to serve God and eventually understands that the Lord has entrusted us with free will. By choosing good over evil, he perpetuates all that is good about the human race.

Here’s the most negative: Noah’s view of God for most of the movie (a judgmental deity without mercy who ultimately commands him to kill his granddaughters) is the God of the Bible. The director, himself an atheist, uses the movie to warn people away from this God.

Here’s a middle approach: Noah is the quintessential postmodern narrative. Noah thinks he is hearing the direct and unequivocal command of God to kill his granddaughters. Eventually he decides that he was mistaken. Therefore, there is no such thing as absolute truth or objective divine revelation. Rather, each of us must make our own choices in this world.

Which approach is the director’s intention? I would guess the last, but you’ll have to decide for yourself. 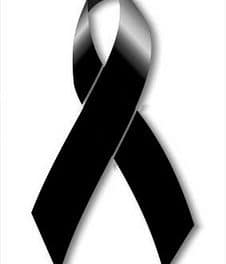